1969 Where it all began
Saybrook Land Conservancy 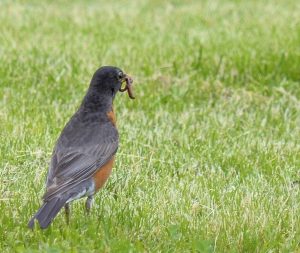 The Saybrook Land Conservancy's first president was William Sihler of 48 Fenwood Grove Road. A 1971 record of the Executive Committee of the Saybrook Land Conservancy records the following people present: Sihler, Chapin, Tietjen, Valentine. Another undated correspondence has Mr. Valentine reporting on the new IRS regulations that govern the tax advantages of new non-profits, citing that the Land Trust would not be eligible for a 50% tax advantage for donors "until it has been in existence for four years, that is May 1972." According to this, the Conservancy would have started in 1968.

Although there is reference to the need to publish their financial statement in a "newspaper having wide circulation in this area, as proof of our public nature", there is no paper evidence of incorporation for the initial land trust. According to the President, William Sihler, "Gifts to trusts themselves are tax deductible to the extent provided by the law and the qualification of the land trust, and therefore afford a measure of tax relief". "The trust, Sihler explained, can act as a private recipient and manager of open space to be held in trust to the advantage of 'both the town and to the individual who offers his land to the conservancy.'"

The Trust appears to have continued to conduct meetings, secured "adequate [insurance] coverage for our present level of operations" from Marcolini & McKenna, and makes reference in a Nov 30th 1971 letter to land trust members to a "twelve-man Board of Directors." In hand-written notes from former selectwoman Barbara Maynard in 2006, she refers to "12 Charter members, 18 individuals, 35 family" members of the Saybrook Land Conservancy founded in 1969. 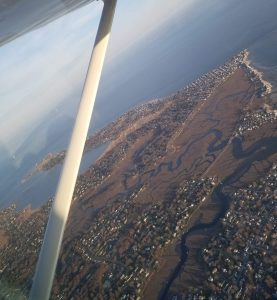 The gift of land referred to in the 1970 note from Dick Tietjen refers to a piece of marshland donated, by Quit-Claim deed, by Richard Drudi, Jr. and Richard T. O'Connell, both of Old Saybrook, to the Saybrook Land Conservancy. The records include the quitclaim deed and warranty deed for the Meadowwood property, for lot #17. This marshland is referred to in several places as "less than one acre," .3 acre, and 3.20 acres. 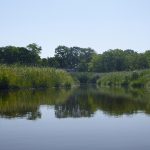 A March 16, 1978 letter on town of Old Saybrook stationary, from the then first selectwoman, Barbara Maynard, to an inquiry made by Miss Pat Scanlon states that "I understand that [the land trust] is in limbo at the moment because there is not active leadership. Steve Calhoun, who was the President, moved; Kathy Marchant was Secretary and Jim Barnes was Vice President. Mrs. Ivy Nordlund, as treasurer, has been handling any mail that comes in and has paid insurance. It appears there is just enough interest from their saving account to pay insurance but they have not had a meeting since 1973 [a five year hiatus since this letter was written, in 1978].

Similar to the creation of the 1997 Old Saybrook Land Trust, the town of Old Saybrook Conservation Commission took a reactivating role for the Land Trust by sponsoring a meeting hosted by then Commission members Elsie Bakewell and Bob London. Paul Jacobsen, Mary Lou Rosner and Bob London volunteered to act as a temporary board of directors to facilitate the "process of incorporating."

A Connecticut Secretary of State, Corporate Record statement in the files ("This data is for information purposes only. Certification can only be obtained through the office of the Connecticut Secretary of State"), lists the "Old Saybrook Land Trust, Inc. as a "domestic, non-stock corporation" with the status "dissolved". This is the only "official" reference in the files to the former Land Trust's incorporation. This information states the "date of incorporation/qualification" as 09/26/1985, suggesting this is the file for the second Land Trust, not the original group formed in 1969. This information also acknowledges the change in name from the Saybrook Land Conservancy to the Old Saybrook Land Trust. The Registered agent on this record is Robert H. London, with the registered office as his (former) residence at 49 Woodland Drive in Old Saybrook.

Projects of the second Old Saybrook Land Trust include trails work and bridge repair with the Boy Scouts at the Town Park, and reference to "land acquisition surrounding the park (Lyons and Gleason property)." This Land Trust also remained interested in the town's coastal areas, recording priorities that include "map of coastal areas" and the suggestion that the Land Trust "attempt to get as much marshland as possible donated." A Land Trust informational brochure refers to a number of goals, including the offer of "help arranging legal guarantees of scenic preservation, through easements or other measures", willingness to "acquire and manage, through gift or purchase, such valuable resources as field, forest and marsh", and involvement with Old Saybrook youth that included sponsorship of a student to the Thames Science Center Environmental Day Camp and an established "liaison with the Old Saybrook Junior High School students working in ecology."

The history section of the Connecticut Secretary of State, Corporate Record statement in the files suggests that the incorporation for the "second" Land Trust was filed 09/26/1985; the organization filed: 10/29/1985; the Notice of Dissolution as 05/29/1987; and was Dissolved by Forfeiture on 09/04/1987.